Smith & Wesson (S&W) began experiments with .45 ACP-firing pistols in 1984, and produced their first one, the Model 645, in 1985. Public demand led to the development of this series. The series is a .45 ACP version of their 9mm Parabellum weapons. They are normally double-action weapons, or what Smith & Wesson refers to as a traditional double action. They generally have a barrel bushing press fitted into the muzzle end of the slide instead of a separate barrel bushing like a 1911 pistol. Like many Smith & Wesson models, each variant was generally in production for only a few years.[1]

The Model 645 was introduced in 1985, and produced until 1988.[1] It has a stainless steel frame and slide, an ambidextrous safety/decocker, a squared trigger guard, and black plastic grip plates.[1]

The Model 745, built from 1986-1990, was a single-action target version of the Model 645, with a match barrel, Novak sight (an adjustable rear sight was optional), an adjustable trigger stop, stainless frame,walnut grip panels and blued slide. It does not have ambidextrous controls, but does have a half-cock safety. The pistol is rollmarked 'IPSC 10th Anniversary 1976-1986'.[2]

Smith & Wesson changed its numbering system with the introduction of its third generation iteration, where a four digit numeral replaced the earlier three digit numeral designators. One of the first in this series was the 4505; this is essentially the 645 with only the safety catch ambidextrous and a blued finish. A Novak Lo-Mount rear sight was installed on a small number of 4505s. It was produced only in 1991. The Smith & Wesson Model 4506, is made of satin finished stainless steel, a Novak Lo-Mount rear sight later in the series, and a Xenoy wrap-around grip with either a straight or arched backstrap. After 1998, the 4506 had a rounded trigger guard profile, which replaced the earlier squared profile inherited from the 645. The 4506 was produced from 1988-2001.[1]

The S&W 645 was used in Miami Vice by the character Vice Detective Sonny Crockett in seasons 3 and 4 of the TV series.[3] 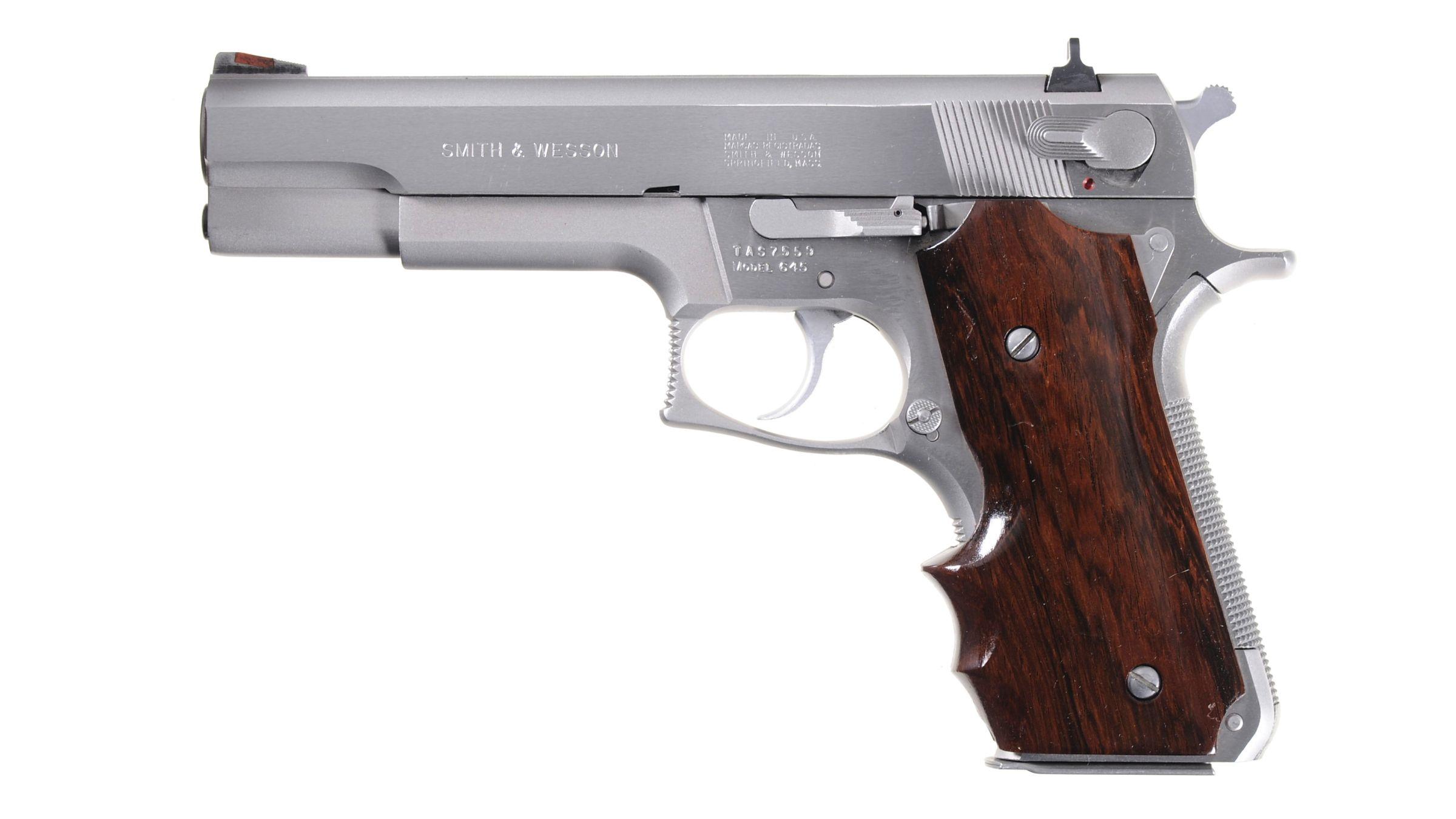