In this era of the ever-shrinking soundbar, thin is most certainly in. Particularly in the sub-$500 market, the goal for most soundbar manufacturers seems to be making the bar as short and shallow as possible. See my recent review of the $500 VIZIO SB4551-D5 as an example. That soundbar measures just two inches high by two inches deep, but you'll notice that it's still 45 inches long. When we think soundbar, we think long, skinny box--and that part of the design really hasn't changed.

Even though Matthew Polk has long since departed the company that bears his name, his technological contributions live on...and one of those patented technologies, called SDA, is the driving force within the MagniFi Mini. SDA uses the principle of interaural crosstalk cancellation to help broaden the soundstage. Interaural crosstalk occurs when the time-delayed sound emanating from the left speaker is heard by the right ear and vice versa. SDA uses passive circuitry in the crossover network to cancel these time-delayed sounds by feeding an out-of-phase signal to the opposite speaker.

In previous multichannel Polk soundbars, the technology helped improve the sense of surround envelopment without the need for dedicated surround speakers. In the two-channel MagniFi Mini, SDA is employed to help this small speaker produce a big, broad soundstage. All four of the Mini's midrange drivers work at the same time--with one pair of L/R speakers emitting the stereo signal and the other pair emitting the inverse signal to create the crosstalk cancellation.

In addition to built-in Bluetooth, the Mini also has 802.11ac Wi-Fi and support for Chromecast built-in, so you can stream audio from any Cast-compatible application on your mobile device or computer. The nice thing about Chromecast versus Bluetooth is that it hands off the audio signal to the soundbar, freeing up your mobile device for other tasks.

The Hookup
The MagniFi Mini arrived in a secure box-within-a-box, and all the accessories (including a six-foot optical digital cable, 6.5-foot HDMI cable, and six-foot auxiliary cable) were neatly packaged. Despite its small stature, the Mini feels like a sturdy, well-built speaker. The 3.88-pound cabinet has a trapezoidal shape with rounded edges. An acoustically transparent fabric grille wraps all the way around, while the top panel has a brushed-black finish with a rubbery button panel that offers buttons for power, source, Bluetooth, Night Effect, and volume.

Front and center on the soundbar is a vertical array of five LEDs that light up in different colors and configurations to provide feedback on things like volume level, bass/voice level, source, Bluetooth/Chromecast usage, and Dolby Digital signal input (the soundbar has Dolby Digital but not DTS decoding, which is pretty common). All the different LED options are clearly explained in the manual. They might seem confusing at first; however, once you've used the soundbar for a bit, I think you'll find them to be quite helpful. I know I did.

The subwoofer also has a rounded cabinet design with the same brushed-black finish as the bar's top panel. There are no individual adjustments or audio connections on the sub itself--just a power port and an LED light that indicates whether or not it's paired with the soundbar. When I connected the power cables to both devices and plugged them in, the soundbar and sub immediately paired with each other, with no action required on my part. I moved the system to multiple locations throughout the course of the review, and I never experienced any pairing problems between them.

The supplied IR remote also has a nice build with a rubbery top surface. It includes buttons for power, mute, volume, each source, and Night Effect (which reduce bass and overall dynamics while enhancing vocal clarity). There are up/down controls for bass and Polk's Voice Adjust function, which isolates and adjusts the vocal channel level. Each sound mode has its own button, too: you can easily switch between movie, sports, and music modes. The remote control can't be programmed to control other devices; however, you can easily teach its codes to your TV or set-top box remote.

The MagniFi Mini's back panel includes a 3.5mm auxiliary input, an optical digital audio input, and an HDMI ARC port that allows you to receive the Audio Return Channel signal from your TV's ARC-enabled HDMI output. Take note: This is not a traditional HDMI input, so you can't connect an HDMI source to it. It's only designed as an ARC port to receive audio back from your TV. A USB port is available, but it's for factory use only. Finally, there's an Ethernet port for a wired network connection, as well as a Wi-Fi reset button.

With most of these lower-priced soundbar options, the common connection scheme is to run the AV sources into your TV and then pass the audio signal from the TV into the soundbar--usually via optical digital audio. The Mini is the first bar I've auditioned to include the HDMI ARC port, which gives you a bit more flexibility to feed your TV audio back into the soundbar via HDMI, leaving the optical digital audio input free to connect to another audio source, if desired. And, if you connect via HDMI to a TV with CEC, your TV remote will automatically control the Polk's volume and mute. Of course if the TV lacks HDMI ARC, then you'll need to use the optical digital or 3.5mm aux input to receive those signals.

I auditioned the MagniFi Mini in two different residences (house and apartment), connected to three different TVs (a Samsung UN65HU8550 LCD TV, an LG 65EF9500 OLED TV, and older Samsung LN-T4681 LCD TV) with a variety of source components. During my official movie auditions, I fed optical digital audio directly from my Oppo UDP-205 player to the MagniFi Mini.

I also experimented with music playback via Bluetooth and Chromecast. I had no issues pairing the bar to my iPhone 6 and MacBook Pro via Bluetooth, and signal reliability was excellent.

You can set up Chromecast directly via the Google Home app. When I opened the app on my iPhone, it immediately recognized that a new device was awaiting setup, and the process of adding the Mini to my Wi-Fi network was simple and straightforward. What's nice about the Google Home app is that, at least in the iOS version, it shows you links to all the Cast-compatible apps that are already loaded on your device--in my case, that included Google Play Music, Spotify, Pandora, and iHeartRadio. Just hit the link to launch the app, then hit the 'Cast' button to send music to your MagniFi Mini. It was easy, and it worked great. 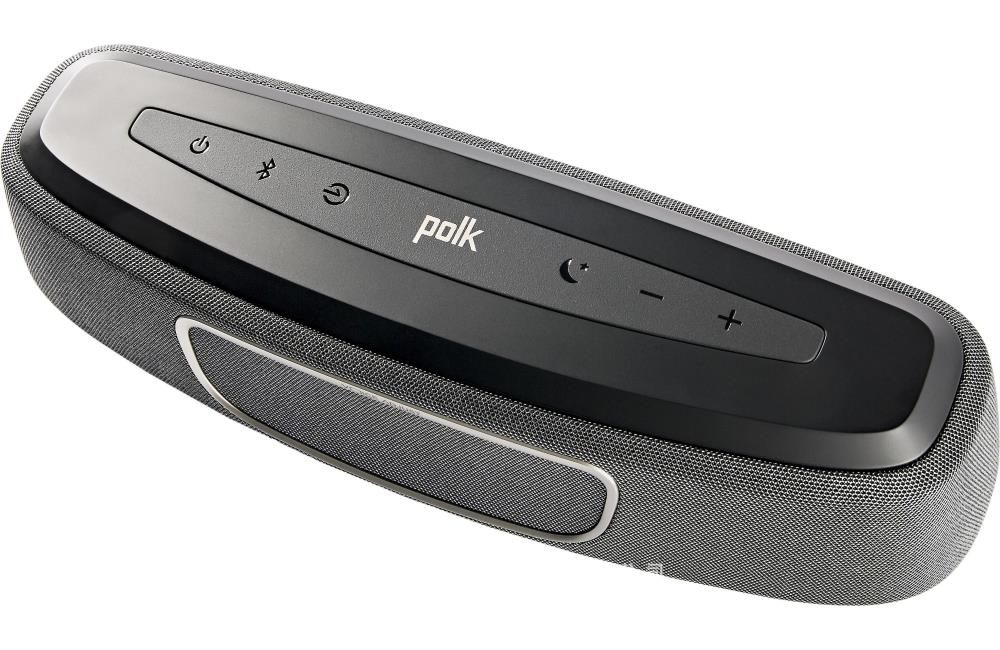 Click over to Page Two for Performance, The Downside, Comparison & Competition, and Conclusion...

For your convenience we've included a link to Amazon.com to buy thisproduct. As an Amazon Associate, HomeTheaterReview.com benefits fromqualifying purchases.

in Troubleshooting
I have a Polk Surroundbar 6000 hooked to the Insignia TV. I also have DirecTV. The wire from the soundbar is plugged into Source 1. It runs to the TV and plugged into the Digital Output. The TV sound is turned off. I turn on the TV and DirecTV by using the remote for the DirecTV control. I turn on the Polk soundbar using the small control provided. Only once in a while will the sound come on instantly thru the soundbar. Most of the time I have to go into the settings using the DirecTV control, then to Audio, then to Dolby Digital and turn Dolby Digital both off and on again to make the sound come thru the soundbar. Any ideas why that is happening and how to correct it? Also, is there any way to sync the Polk control into the DirecTV control? Many thanks.
0·Share on TwitterShare on Facebook