Note: Further information is also included in the guides for each phone type supported by IP Office. 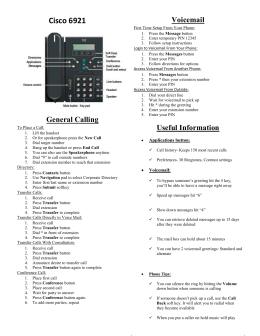